Since March 2016, Childhood has been based at the Wenner-Gren Center. The foundation is enjoying the open plan layout, which reflects its purpose visually.

The 16th floor, with its view of both Haga Park and the rooftops of the city, is home to Childhood. The light, open office with twelve workstations features a mix of furniture, much of which has been donated. Playful wallpaper reveals that this is an organisation that works with children.

“We’re really happy to have found an inspiring workplace that reflects what we do,” says Ellika Mårtensson, responsible for corporate partnerships at Childhood.

Childhood supports projects all over the world with the aim of preventing the sexual abuse and exploitation of children. The foundation was established in 1999 by H.M. Queen Silvia, who still plays an active role in its work. Fabege is one of Childhood’s partners.

The meeting rooms in the office have glass walls with coloured dots, symbolising the ten articles of the UN Convention on the Rights of the Child, according to which Childhood operates. The colours are also featured on the bracelets that the organisation sells to raise money for vulnerable children.

The office needs to function for meetings and hospitality visits, as it has a programme of activities and holds Executive Committee meetings attended by the Queen.

Supports projects abroad and in Sweden

Childhood supports projects for vulnerable children both financially and strategically, for example by providing advice. The foundation focuses on problems rather than poverty, which means that they work to reduce the exploitation of children in Sweden as well.

“Operating both in Sweden and abroad is a strength. For example, we deal with similar issues here as we do in Cambodia, which means we can learn from one another,” explains Ellika.

In Stockholm, Childhood is currently supporting the children’s organisations Maskrosbarn and Barnrättsbyrån. Maskrosbarn organises summer camps for children who have been abused and children living in care. Barnrättsbyrån is an initiative that provides legal support to young people who have had their rights violated.

Find out more about Childhood. 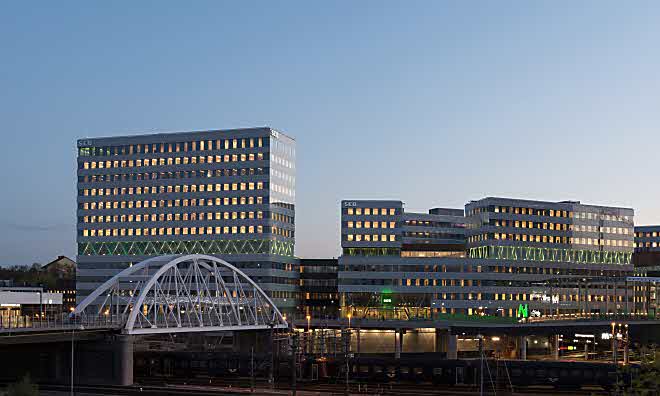