Orkla Care and Orkla Confectionary & Snacks went from an open-plan office and own rooms to activity-based working. A successful solution, an employee survey shows.

Entering the joint office of Orkla Care and Orkla Confectionary & Snacks in Solna Business Park is a bit like going into a supermarket. The many products from brands such as Salvequick, Pierre Robert, Göteborgs Kex and OLW are highly visible – they’re placed in both display windows in the entrance and in “shops in shops” in the main part of the building.

“We need be able to see our products,” says Johan Hansson, Head of IT and project manager for the move. “That’s why we’ve created magnets that function as product storage, product display units and work areas. There are snacks in one magnet and plasters in another. As we’re different companies in the same group, this keeps everything cohesive.”

Orkla has created the interior of their activity-based office with the help of Spectrum Arkitekter. It features solutions such as visible pipes and circular light fittings on the ceiling that give life to the premises. The company moved at the end of last year. Previously, Orkla Confectionary & Snacks was in an office consisting of separate rooms right next door to Orkla Care with their open-plan office in Upplands Väsby.

“When the leasing contract that existed at the time was due to expire, Orkla acquired Cederroths,” says Johan. “To make space for all 120 people, we needed a new office. I drove the issue of an activity-based office that would allow us to use the space more efficiently. Most people were also interested in changing the office.” 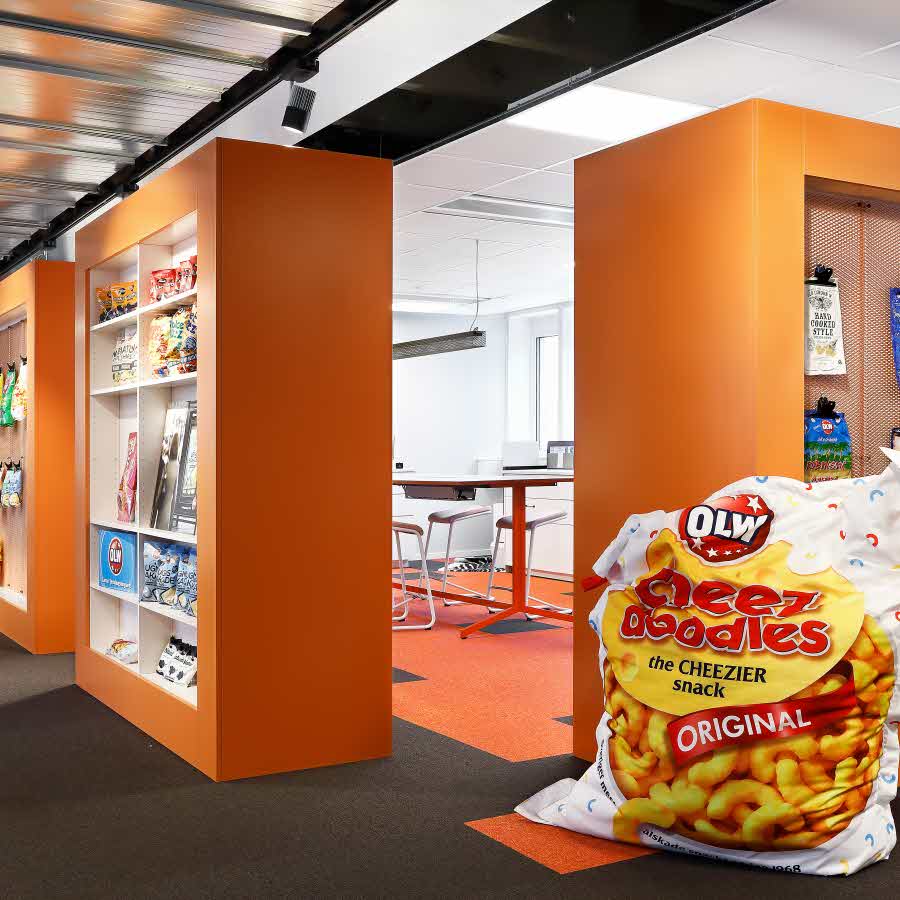 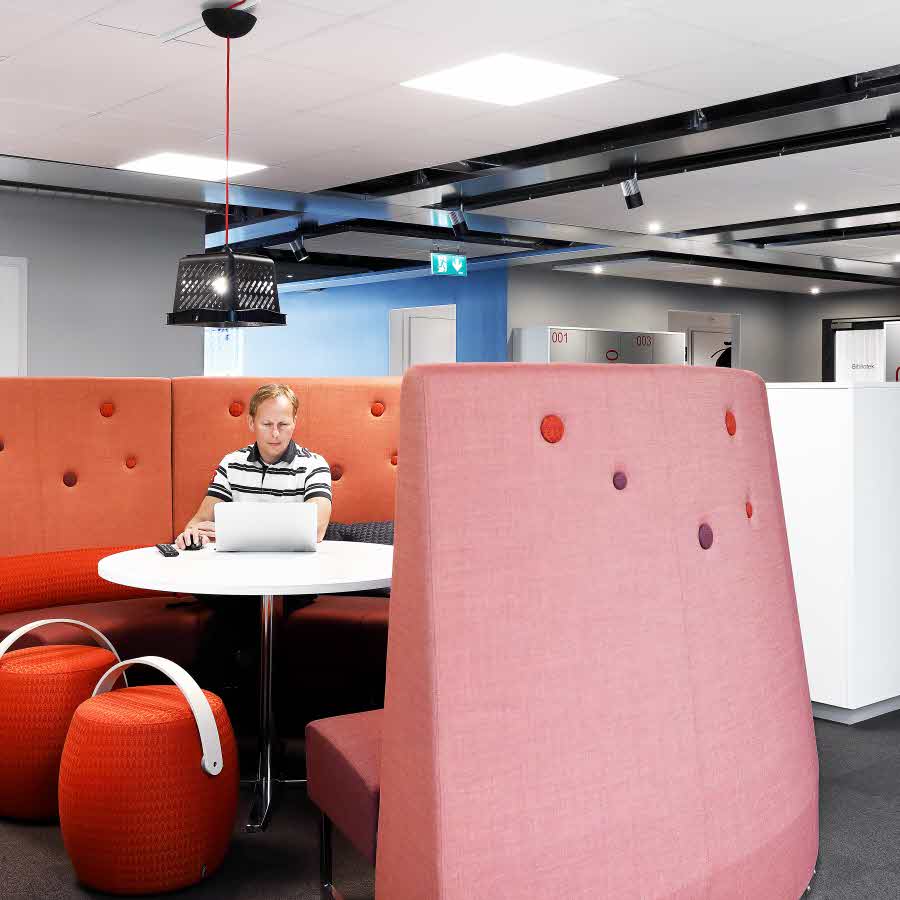 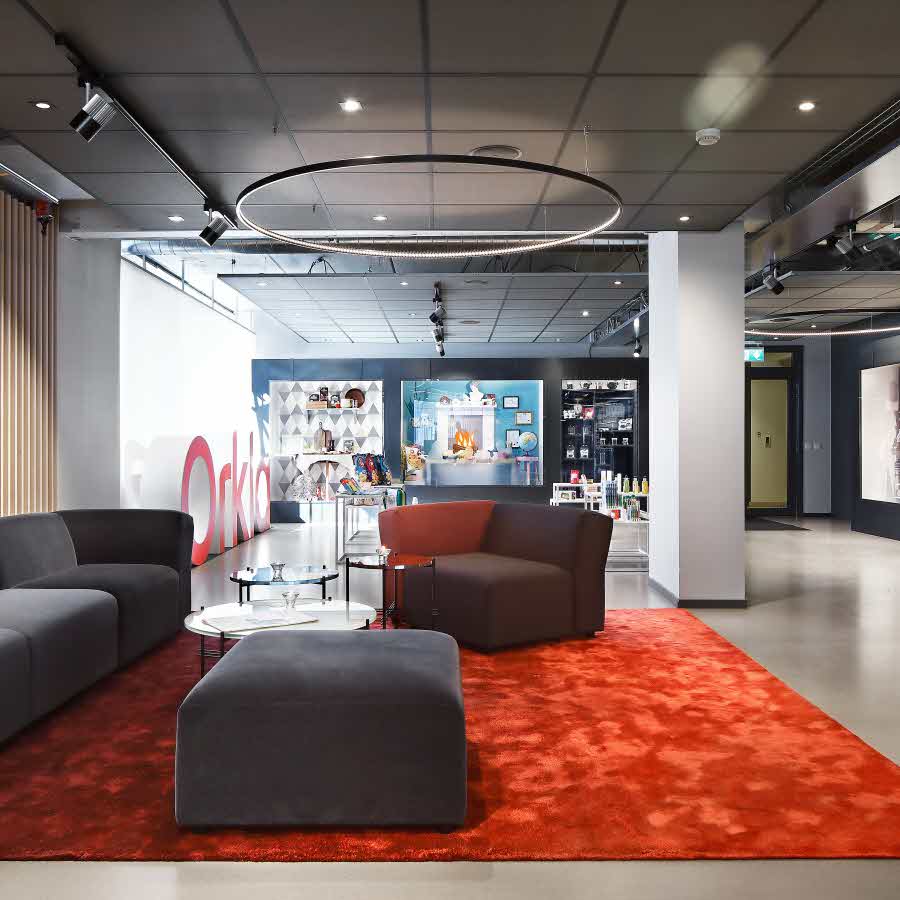 One advantage of an activity-based office is that it gives you more flexibility regarding how the office can be used. There is often less storage space than in other forms of office, which frees up more space that can be used for project work areas, for example.

“We’re very satisfied, as the office feels spacious and is also paperless to a greater extent. You have everything in your computer, which you take with you everywhere. This makes it easier to work together and share information. For example, Accounts and HR can sit in a magnet and learn more about the products. The great advantage is that you can choose for yourself where you want to sit.”

A couple of months after the move, a survey was conducted on how employees viewed the new office. Of the approximately half who responded, eight out of ten thought that the office was good or very good. But the team in charge of the move had also prepared employees for the change.

“We held workshops for both employees and managers. Leadership changes, for example, as you no longer see your manager in the same way. We also brought together old and new staff for after work drinks,” he says.

About Orkla and Solna Business Park

Orkla Care and Orkla Confectionary & Snacks are part of the Norwegian convenience goods group Orkla. Solna Business Park has become a cluster for companies in the convenience goods sector – apart from Orkla it is also home to Ica, Coop and Unilever.

How to boost corporate culture in the office

Is it important for the office to reflect a company’s culture? We’ve spoken to 3 Sweden and Toca Boca about how they ensure their culture permeates the office. 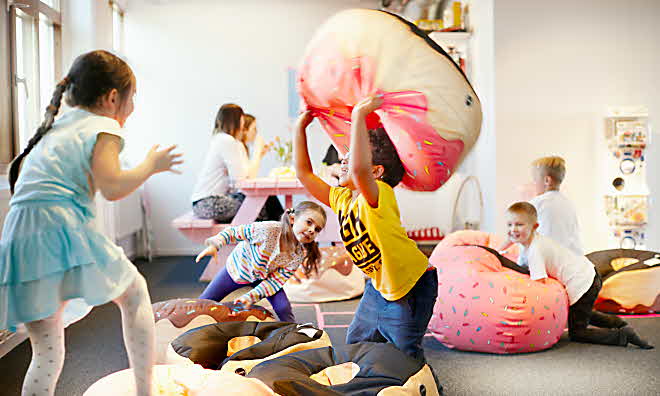 Telenor’s new head office, a glass building featuring a prominent point, is on the verge of completion. The architect behind No1 Råsunda shares his thoughts. 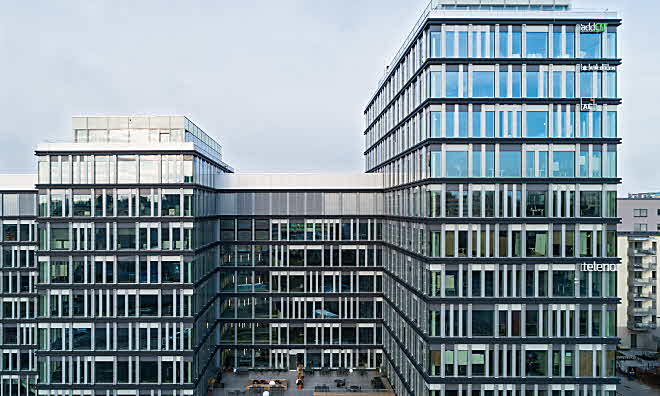