Fabege has divested a total of 16 properties, mainly outside of its prioritised market segments of Stockholm inner city, Solna and Hammarby Sjöstad. The buyer is Profi Fastigheter II AB and purchase price is SEK 1,350m. The transfer of ownership will take place on 12 January 2011.

The properties comprise a total floor area of slightly more than 110,000 sqm, consisting primarily of office, warehouse and industrial space.

The sale generates an initial after-tax gain of SEK 70m, which will be recognised as profit during the fourth quarter of 2010.

“We are delighted to have implemented this transaction, which has freed up resources for investments in our prioritised areas. As a result, Fabege has in principle streamlined its portfolio to the Stockholm inner city market segments of Solna Business Park, Arenastaden in Solna and Hammarby Sjöstad. For the tenants in the divested properties, it is extremely satisfying to hand over the management of the properties to another very good property owner ,” says Klaus Hansen Vikström, Director of Business Development at Fabege. 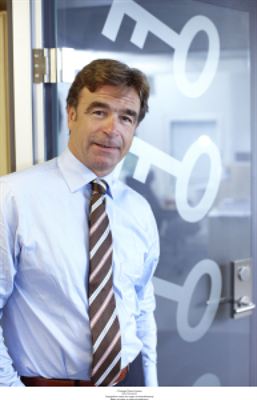