Property company Fabege chose an entirely new approach for the presentation of its future office premises in Hammarby Sjöstad. Instead of a traditional viewing of 1,200 sqm of empty factory premises, artists and designers were given the opportunity to fill the empty space with their work. The Line by Line exhibition will open its doors on 18 March.

Creative office premises require creative viewing. This was the idea behind Fabege’s presentation of its premise in Hammarby Sjöstad to potential tenants. New tenants will have customised offices but for the moment the empty premises constitute a blank canvas.

For the viewing of the office premise, which is located in an old 1930s lamp factory, artists and designers were given the task of decorating concrete walls and the opens spaces with their work. The result is an art exhibition by the name of Line by Line. The theme is “lines” and the artists’ interpretations of the subject matter is as widely diverse as the theme itself.

“When you have a viewing of a premise that is incomplete, visitors are met by empty spaces, concrete walls and bad lighting. It is difficult to envisage the potential that the premise offers. This art exhibition will create an entirely different impression. A creative atmosphere will be created and we hope that visitors will be inspired and visualise the fantastic office space that these premises can become,” says Christer Bergmann, Property Manager at Fabege.

“Hammarby Sjöstad is a well-established residential area but not many people are aware that we also have office premises here. It is a creative environment situated in a beautiful natural setting just 15 minutes from Södermalm in central Stockholm. It’s an ideal and attractive location for businesses,” says Christer Bergmann.

The Line by Line exhibition will run from 18 to 31 March. The artists and designers involved include Apokalyps Labotek, which has won several design awards, Eva Marklund, who has been awarded the Maria Bonnier Dahlin scholarship, and Beatrice Hansson, whose statue is actually on display in Hammarby Sjöstad. 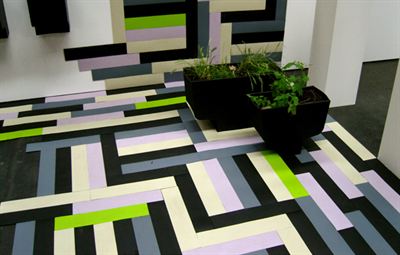 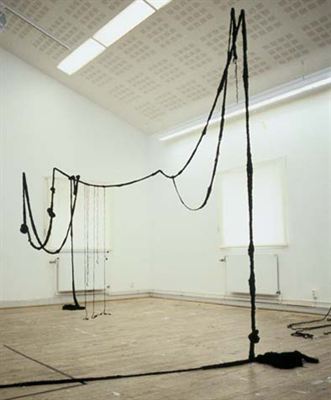