Christian Hermelin, CEO of Fabege, comments on the first half of 2013:

In a stable market with low production levels of new office space, vacancies in attractive locations are declining. Tenants have stringent requirements regarding the location and design of premises and we note a continuation of the migration to quality. This favours Fabege and our property portfolio, which mainly comprises modern offices located in prime locations.

Project operations are proceeding as planned. The project in Solna Strand will be completed in the late autumn and the Swedish Tax Agency will assume occupancy of its new office premises in stages. Production of the Scandinavian Office building has started in a small scale with the foundations and planning. This is a future-oriented project that will further consolidate Arenastaden as the most dynamic city district in the Stockholm area.

Improved occupancy rates and, generally, slightly higher rents on re-negotiation mean that the property management portfolio has also increased in value. During the quarter, we have completed several important re-negotiations that have contributed to a higher retention rate and stability in the rental property portfolio.

The transactions announced in the first half of the year were in line with our strategy of divesting properties in non-priority markets and those with low development potential for Fabege. All of the transactions have contributed to strengthening our cash flow in parallel with the company realising value.

In conclusion, I am satisfied that all of our business areas contribute to overall earnings. I look forward to an autumn of high activity in which we continue to create value by attracting customers to our properties and projects.” 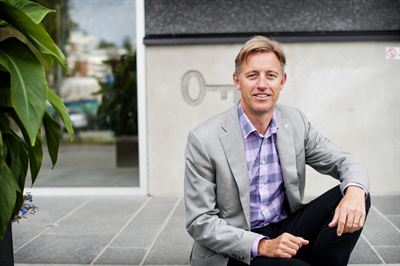