Kom Hotel, which is owned by KFUM Central, will be running a hotel, long-stay accommodation, co-working space and restaurant in Hagahuset. They are signing a 15-year lease for the entire building, equivalent to 7,000 sqm. Estimated date of entry is March 2020.

A four-star, modern and sustainable hotel that offers attractive hotel rooms and smaller apartments with kitchenette where great emphasis has been placed on design, personality, sustainability and smart digital solutions. In between Stockholm’s rapidly expanding areas and Hagaparken’s protective oasis.

The hotel in Hagahuset is set to become a place for work and meetings, integrated with an inviting lounge and restaurant/bar. The business traveller should not merely be offered accommodation but also a coworking space to which they can invite customers and do work. The intention is for the hotel to be affiliated with Best Western.

“The proximity of Hagahuset to the intensively expanding areas around Solna station and Hagastaden makes it an attractive location for establishing a hotel. This is an unbeatable opportunity for us to expand our hotel operation in order to ensure future income for our owner association,” says Henrik Feldhusen, Board Chairman of Kom Hotel.

KFUM Central is a non-profit association with its registered office in Norrmalm, Stockholm. The association has 3,000 member of all ages in the areas of sport, camps and music, and has run hotels since 1892, with the surplus from hotel operations going to the association.

The location of HagaHuset by the entrance of the national city park Haga reinforces the connection between city and park. The building consists of two sections, an 11-storey block and a 5-storey wing at an angle. It was erected in the mid-1950s and the facade is made of light-coloured brick. The building is inspired byGiò PontiscontemporaryPirelli TowerinMilan and has a wealth of artistic decoration; at the main entrance is abronze sculpturebyStig Blomberg, the glass entrance was created bySven Sahlberg,and the entrance hall features wrought iron and copper work byHelge Johansson.

“We’ve long been attracted by the location of the building, its shape, wealth of details and, in particular, the artistic thoughtfulness in the little park. There are unique opportunities here to create an attractive concept, and we’re delighted that Kom Hotel will be refining this gem,” says Klaus Hansen Vikström, Vice CEO and business development manager at Fabege.

Fabege’s investment is estimated at SEK 120m and the annual rent is around SEK 18.5m per year. 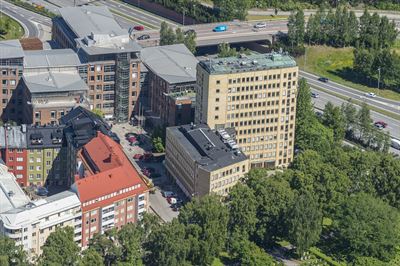 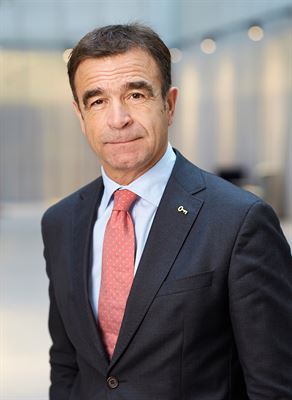