The Municipal Executive Board in Solna has decided to proceed with the joint vision for the Solna Station area, which will mean greater accessibility to and from Arenastaden. The area will become a hub in which existing public transport – commuter trains, light rail and buses – will function alongside new public transport alternatives such as the underground, regional trains and the Arlanda Express, together with pedestrian, bicycle and car traffic.

A new entrance will be created for Arenastaden featuring new workplaces, residential units, a new station building and an expanded range of services with more cafés, kiosks and restaurants. The proposal will also mean an agreement in principle between Fabege and the City of Solna that the area of land is planned for new development encompassing a total of roughly 91,000 sqm of GFA, including 18,000 sqm for residential units (around 180 apartments) and 73,000 sqm of offices.

- “The new buildings rights will allow us to create a fantastic entrance to Arenastaden. We have high ambitions in relation to both the development of Dalvägen and the creation of the new districts, and we’re delighted that the initial steps towards the new vision for Solna Station have now been taken,” commented Christian Hermelin, CEO at Fabege.

In order to improve accessibility for all transport users, a review is being carried out of the street structure around the Solna Station area. The aim is for Råsta strandväg to replace Dalvägen as the area’s main street, with a new route alongside the track area and connection to the area from the roundabout at Frösundaleden. On Dalvägen, pedestrians, cyclists and motorists will coexist with priority for pedestrians, and the new underground station will be located here with capacity for substantial flows. Improvements will be made to the bus stop area on Frösundaleden by extending the bus stop and moving it closer to the roundabout at Dalvägen/Råsundavägen. 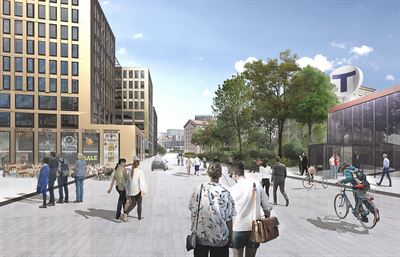 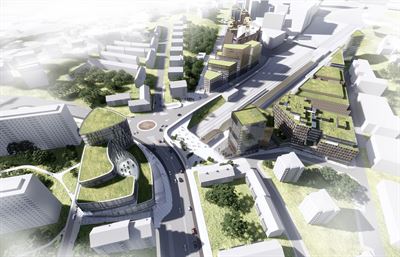 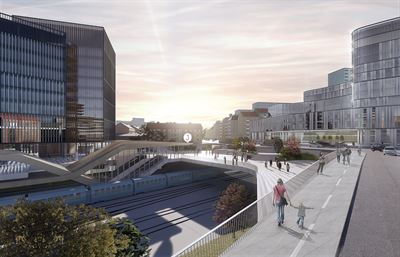