Tieto and EVRY, who have just been given the go-ahead for their merger of two of the Nordic countries’ largest IT providers, have decided to bring together their Stockholm operations in entirely new premises. TietoEVRY have signed a lease for approximately 22,000 sqm in Fabege’s ongoing project Kvarter Poolen, which also includes Solna Municipality’s new swimming pool. They can take possession of their new premises during the first quarter of 2022.

The new building, which is designed by Strategisk Arkitektur, has a total of approximately 28,000 sqm in lettable office space. TietoEVRY have signed an agreement for 22,000 sqm and also have an option during the construction period for a further 6,000 sqm. In accordance with Fabege’s policy, the building will have a sustainability certification according to BREEAM-SE and the agreement is a so-called green lease where both parties agree on shared ambitions for a reduced carbon footprint.

“We are really happy to be able to welcome TietoEVRY to Arenastaden. Here they will have a fantastic office in a building with attractive architecture and in a city district that really offers everything. This will provide a very good basis for continued success,” says Klaus Hansen Vikström, Deputy CEO and Director of Business Development at Fabege.

The agreement will run for seven years and the annual rent amounts to SEK 70 million. EVRY is already an existing tenant of Fabege and will leave its office of 9,500 sqm in the property Sliparen 2 in Solna Business Park in connection with the move. (The net letting effect for Fabege will be SEK 47.5 million.)

TietoEVRY, among other things, will be a neighbour of ICA’s new headquarters in Arenastaden, a stone’s throw from Westfield Mall of Scandinavia, Friends Arena, nature areas as well as good public transport and communications. 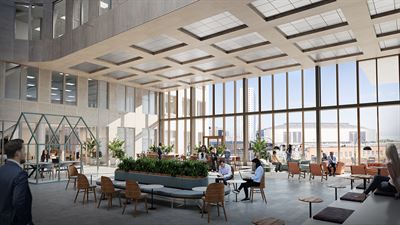 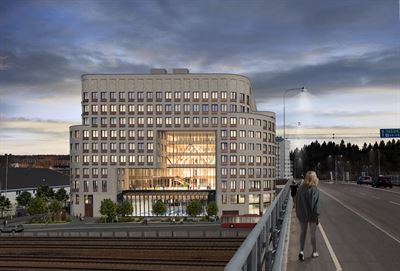