Convendum signs agreement with Fabege on own building at Stureplan

One of Stockholm’s absolutely most prominent streets in combination with a building which has a 100-year history and qualities, made Convendum choose the location for the company’s next grandiose co-working space. Kungsgatan 9 with its almost 7,600 sqm will host everything from an open café in a street environment, to lounges, conference rooms, business service centres and separate areas for smaller companies.

The agreement is being entered into for 12 years and relates in principle to the entire building with the address Kungsgatan 7-15. A distinguished block right in the heart of Stockholm and with an annual rent of approximately SEK 62m. The property is in need of modernisation and the investment also includes upgrades of technical installations and climate improvement measures, which will reduce the operating costs. The total investment is estimated at SEK 194m. Taking of possession is planned for June 2022.

“We’re proud that we in collaboration with Fabege are establishing operations in this large National Romantic property. Here, history will meet Convendum’s modernism in an exciting symbiosis. Convendum’s business model with flexible leases and all-inclusive premium-class offices has seen a sharp increase in market demand. Our biggest establishment to date on Kungsgatan will represent the very best of Covendum in one of Stockholm’s most attractive locations,” says Håkan Jeppsson, CEO of Convendum.

Kungsgatan is a boulevard whose character is defined by impressive facades, towers and bridges. It is an urban environment, which has attracted many film-makers over the years. Fabege has together with other property owners worked actively to promote the vision that Kungsgatan should be a natural destination in Stockholm and major changes have also occurred in recent years particularly along the thoroughfare between Sveavägen and Stureplan.

“It is not often that this type of object and opportunity comes out on the market, which has also been reflected in the strong interest for Kungsgatan 9l. We are really happy that it will be together with Convendum that we will continue to refine both Kungsgatan and this jewel,” says Klaus Hansen Vikström, Deputy CEO and Director of Business Development at Fabege.

Exciting cafés, restaurants, Swedish and international brands and flagship stores within outdoor life, fashion and design have established on Kungsgatan and contributed to the vision of Kungsgatan as a boulevard and destination. Convendum’s offer including premium co-working space and a café open to the public adds further qualities to the vision. Many of the stores that are located on the ground floor of the block will remain in place.

Convendumestablishes modern and sought-after coworking spaces and living in central business districts. Convendumprovides premium offices combined with activity based coworking areas, lounge, conference centre, restaurant, café, health club, music studios and showrooms. In addition, the company also offers accommodation in the form of business apartments.Convendumoffers modern and efficient office solutions, in AAA locations in the central business districts of major cities. The company has established 13 modern coworking centres with a focus on flexibility, service, technology and design in Stockholm and Gothenburg. Convendumis now increasing its rate of expansion and is planning a further 20 Coworking centres, of which one is the flagship investment at Kungsgatan 7-15. 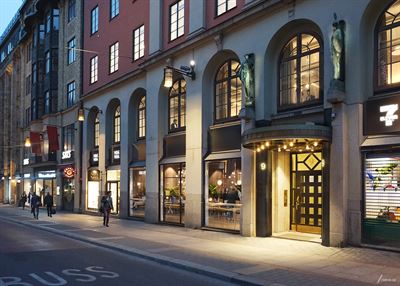 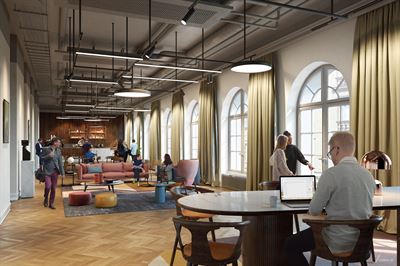