Car washing with a clean conscience

Did you know that a regular automatic car wash consumes around 200 litres of water? Also, the car wash liquid contains a large number of chemicals. At Future Car Care on Gårdsvägen, the cars are washed by hand using steam, a technique previously used mainly in healthcare and in the food industry. Only 5–10 litres of water are used per wash, and the use of chemicals is kept to a minimum.

“Ecolabel certification is a milestone for us,” says Alex Ghanati, CEO. “We’re now able to show that the technique we’ve been using for several years is eco-friendly.”

Alex started Future Car Care in 2013. He was working as a music producer and DJ at the time and had his studio in the same building, but felt that the area could benefit from a car wash. When a premises became vacant in the building, he took matters into his own hands. The snag, however, was that the premises were not suitable for traditional car care.

“Because I come from a different industry, I didn’t want to listen to those who were saying that it wouldn’t work, so I started looking into alternative ways to wash cars. I came to the conclusion that steam was the best option,” he says.

Future Car Care is aimed primarily at company car drivers and, in addition to washing, as part of the Däckpartner chain it also offers paint protection and a tyre service. The concept is that it should be as simple as possible and that customers should only spend a little time on car care.

“We prefer people to sign agreements with us so that we can adapt our services based on their needs, such as picking up their cars. But everyone is welcome,” says Alex.

The corporate climate in Arenastaden is extremely vibrant according to Alex, who works with many companies in the area.

“There’s no hotter place – this is where the big companies are. We’re looking at similar areas in Stockholm, Gothenburg and Malmö to expand into.”

Car washing and the environment

Around 33 million car washes take place in Sweden each year. This produces discharge of 5.6 tonnes of copper, 11.3 tonnes of zinc, 41 kilos of cadmium and 1.8 tonnes of the substances lead, chrome and nickel.

Telenor’s new head office, a glass building featuring a prominent point, is on the verge of completion. The architect behind No1 Råsunda shares his thoughts.

Co-working-spaces are a growing trend in Sweden. These days we don’t just want to rent a desk in a co-working hub. 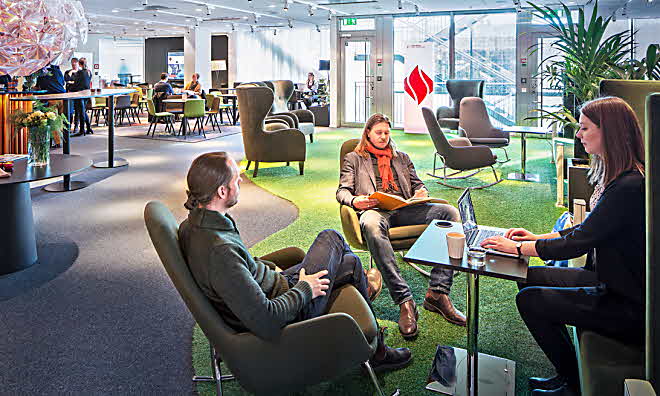