Ducks, grebes, swans and more unusual birds such as nightingales and pochards flock to Råstasjön lake. This is why birds like it here and how they like being in a city.

It was no coincidence that one of the episodes of public service broadcaster SVT’s reality series Det stora fågeläventyret (The Big Bird Adventure) was filmed at Råstasjön. Gigi Sahlstrand, professional bird watcher and judge in the programme, wanted the episode to be recorded here.

“It’s a fantastic lake that has so much to offer – a real wilderness in the middle of town,” she says. “The contrast is so amazing; if you look down and to the side, you could be way out in the countryside. If you look up, you can see Friends Arena and tower blocks.”

Råstasjön is fairly shallow, has a wealth of flora in the form of both reeds and forest, and there are fish in the lake. All this makes the lake a great place for birds, says Gigi:

“What birds need is food and protection, and there’s plenty of both here. The birds have actually increased in number since I made an inventory here in 2000. Solna municipality has launched some excellent initiatives to provide extra food for grey herons and remove reeds on an island in the lake so that black-headed gulls can breed there. This has meant that the black-headed gull, which was previously almost absent from the area, has returned.”

In winter, the amount of bird life at the lake is unparalleled in Stockholm. Some species choose not to move to warmer climes because they are so happy here. In spring and summer, small birds breed in the bushes all around the lake.

An increasing number of birds are moving into our cities, mainly various species of gulls but also other species. The buildings in a city do not necessarily have a negative impact on bird life; birds see buildings as cliffs and mountains.

“Birds are very adaptable,” says Gigi. “One example is the great tit, which has changed its song so it can be heard above the city’s noise. Instead of singing a three-syllable phrase as before, it’s switched to a two-syllable call similar to a car alarm.”

If you don’t take into consideration places that birds need for breeding or for finding food during construction, on the other hand, this can impact them negatively. If there are red-listed species in an area, you are often not permitted to build there. There are two red-listed birds at Råstasjön: the pochard and the lesser black-backed gull.

“There are a variety of different interests, and compromises need to be made by both sides,” says Gigi. “Nobody wants to live in an area where nature is in terminal decline, but we obviously need somewhere to live and work.”

Gigi’s tips – birds to look out for at Råstasjön

Don’t forget your binoculars, you’ll have a much better experience!

Footnote: Red-listed species are those running a risk of extinction. The Swedish Species Information Centre at the Swedish University of Agricultural Sciences classifies species and draws up red lists in Sweden.

Fabege is now replacing all its service vehicles with new electric vehicles that will be charged solely with green electricity. 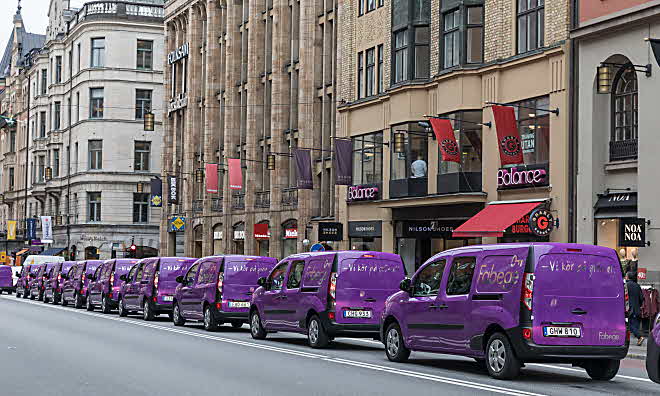 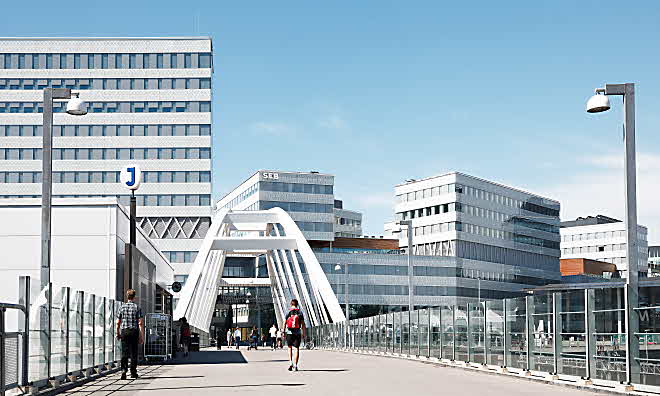