Plants in offices are not just beautiful. Many companies have discovered that they can also have a major effect on our health and performance.

From having been something of an afterthought, greenery in the workplace is now something that is incorporated in the plan from the beginning. This is because a green office has proved to have positive effects on employee health and corporate profitability.

Research has shown that access to greenery can lower blood pressure and stress hormone levels, reduce the risk of mental ill-health and elevate our creative ability. A study from Queensland University in Australia showed that plants made employees get more involved physically, mentally and emotionally in their tasks, which increased productivity by 15 percent.

“There’s now greater enthusiasm for decorating with plants. We are clearly witnessing that companies are investing more in greenery and there’s a bigger budget for plants in offices. Today, companies have to show that they’re taking care of their staff, and this is a way of doing that,” she continues.

She thinks that companies should ensure that they plan plants into office design at an earlier stage. The plants should be placed where many people can enjoy them.

“Think big and large quantities. The more greenery, the most positive the office experience. And be innovative! Plants don’t necessary have to stand in pots on window sills and floors. Plant walls going from floor to ceiling are very popular nowadays, for example.”

Such walls make it possible to incorporate a lot of greenery without it needing to take up a lot of space.

“At the moment there is a lot of interest in moss walls. These are walls made of lichen, a symbiosis between fungi and algae. Lichen don’t dry up, they simply rehydrate themselves. They require neither light nor maintenance and thus cost nothing to maintain. They also have a sound-absorbent effect and a forest fragrance without containing allergens.”

4 tips for a green office

Importance of right lighting at work

What should you consider when planning the lighting at your office? We asked light factory ERCO for advice. 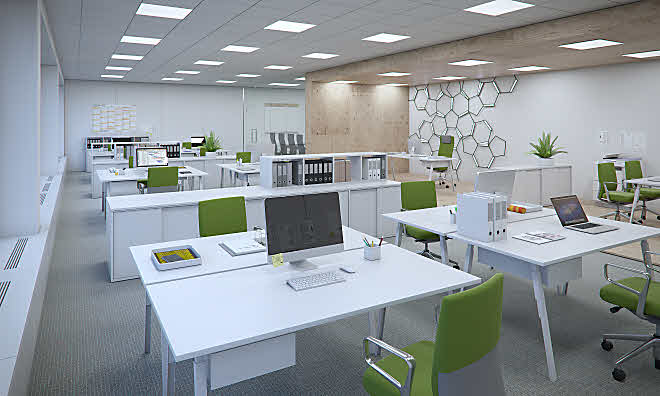 Orkla Care and Orkla Confectionary & Snacks went from an open-plan office and own rooms to activity-based working. A successful solution, an employee survey shows. 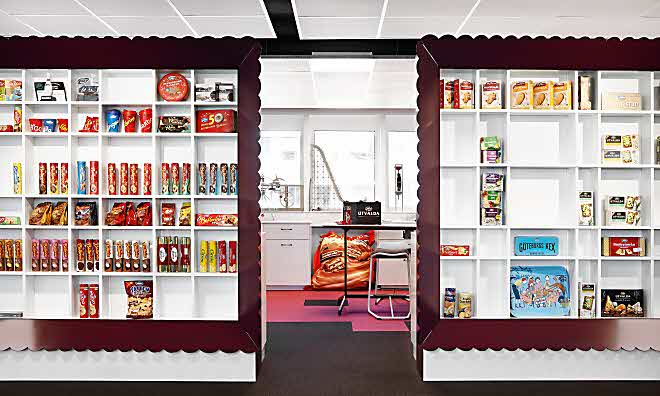