SHH is a real estate development company with a focus on residential and local authority properties. Fabege’s strategy of optimising the value of its residential development rights portfolio is thereby being reinforced by the company acquiring both expertise and more development rights in its home market of Stockholm. All the shares in SHH are being acquired for a purchase price of SEK 880m. As of 18 October, SHH will be a wholly owned subsidiary of Fabege.

“The acquisition strengthens Fabege’s position as an urban developer in the Greater Stockholm area. Thanks to SHH’s expertise in residential and local authority properties, we can be involved in the value creation for longer and run several different types of projects under our own management, which is a natural next step in our urban development strategy,” comments Stefan Dahlbo, CEO of Fabege.

Fabege and SHH have previously collaborated in a joint venture, when approximately 270 homes were built in Kista under the name Selfoss. The project consisted of three phases, the first two of which were implemented as tenant-owner associations and the third of which was divested as rental properties in March 2021.

SHH will continue to operate as an independent subsidiary under the brand name SHH. The organisational structure and management will remain unchanged, with Fredrik Alvarsson as CEO and Ando Wikström as CFO.

The two largest owners of SHH Bostad were Misha Moeremans d’Emaus (founder and former CEO) and Fastighets AB Balder, with approximately 31 and 21 percent of the shares respectively.

Additional information:
SHH is a nationwide real estate development company that develops affordable and functional properties in Sweden’s growing cities. The business covers the entire chain from the purchase of land for residential and local authority properties to the sale of rental apartments and tenant-owner apartments, and the long-term management of local authority properties such as care homes and schools. SHH carries out projects under its own management and together with reputable partners, via associated companies.

This information is information that Fabege AB (publ) is obliged to make public pursuant to the EU Market Abuse Regulation (596/2014). The information was submitted for publication, through the agency of the contact person set out above, at6 October 2021, 08:15 CET. 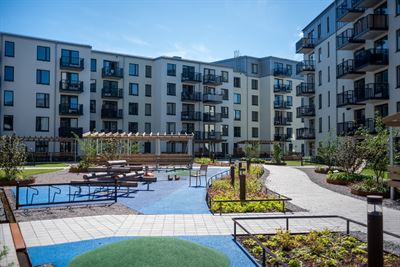 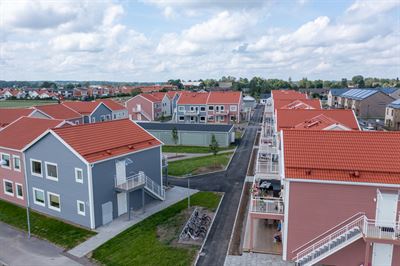